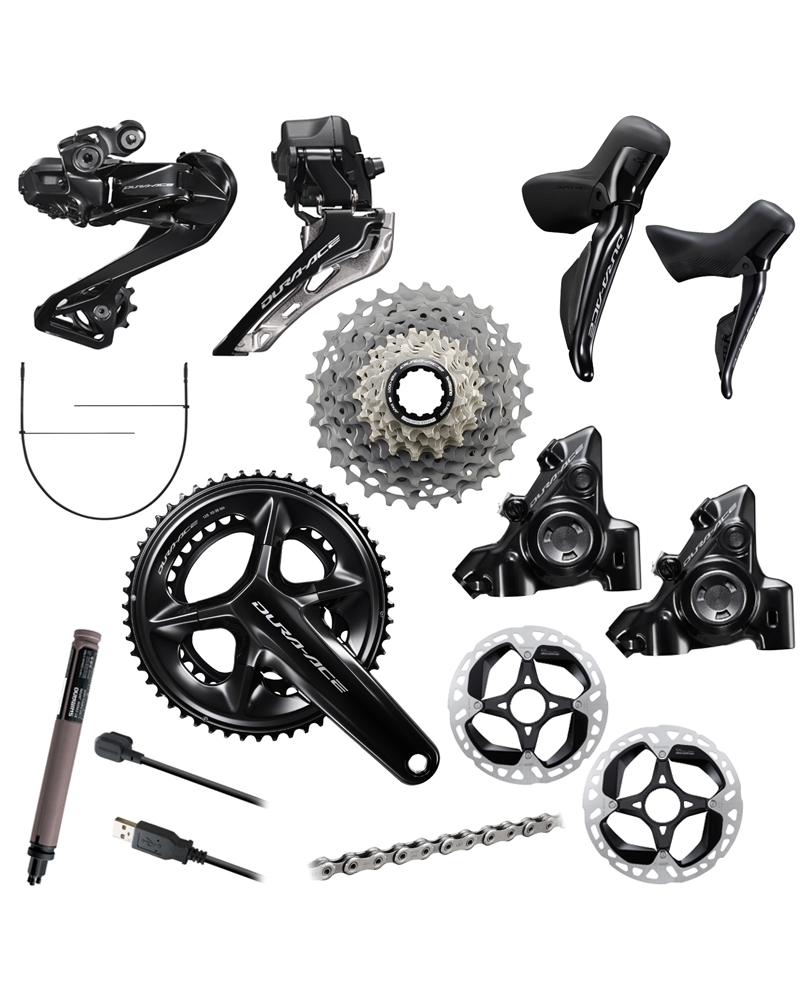 **Read carefully. This is NOT a complete Dura-Ace groupset. Call with any questions.**

The Science of Speed, Shimano’s design philosophy for its latest road groups, is comprised of five elements: a new Di2 platform, a refined interface, the addition of Hyperglide+, a category redefining brake system, and a collection of new wheels. Here’s a quick rundown on how each of them contributes to faster, more efficient road riding. The launch of SHIMANO R9200 series DURA-ACE and R8100 series ULTEGRA is not simply an effort to make one-time bike setup easier or to unveil new technology for the sake of creating buzz. Instead, it represents a holistic approach that is 100-percent performance focused.

WIRELESS WHERE IT MATTERS

Shimano's new shifting systems use wireless technology where it makes sense for both day-to-day life and ultimate performance. Freeing the shift levers from the rear of the bike cleans up the cockpit and simplifies the build process. Meanwhile, connecting the derailleurs to an internal main battery ensures absolute reliability by maintaining stable voltage while also improving Shimano's already lightning-fast shift speed that has made Di2 a staple of the WorldTour pro peloton.

New Di2 dual control levers feature dramatic, all-new ergonomics and act as the wireless command center. Both DURA-ACE and Ultegra levers have a longer, slightly curved hood body for a more comfortable and secure grip. Shift buttons are easier to reach and differentiate with extended switches and an increased offset between them. With better access and faster shifting, you’ll always find yourself in the right gear.

The backbone of these two new groupsets is the game-changing HYPERGLIDE+ shifting technology. First introduced on Shimano mountain bike groups, this unique chain-and-cassette interface smoothly guides the chain up and down the cassette for fast and precise shifting in both directions — even under extreme pedaling load.

Add your review
0 stars based on 0 reviews 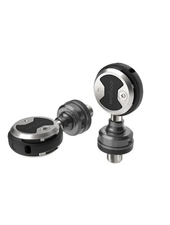 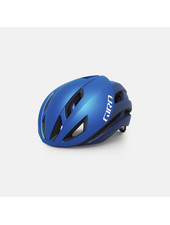 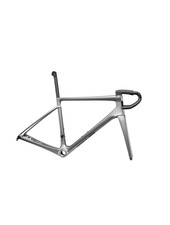 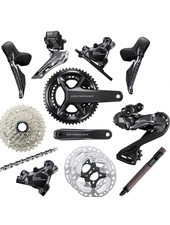